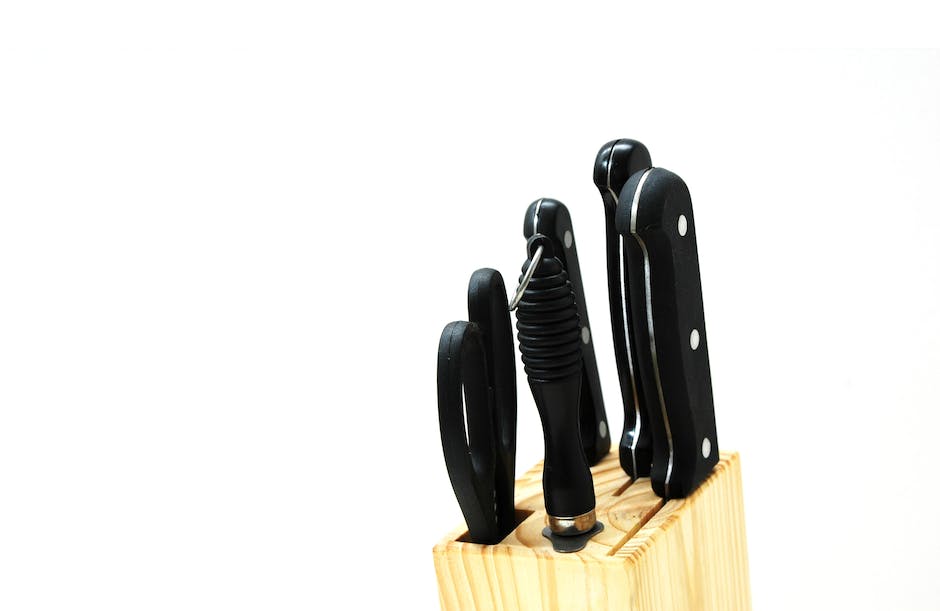 When I was in college, I got a lot of jobs to help me. One of those jobs was selling knives for a company called Cutco. While I was there, I learnt a lot about knives, how they're made, what type of knife to use on certain products, and the reasons why that is. A couple of times I have caught my fiancée using a serrated edged blade to cut things like soft fruits (bananas, kiwis, etc). This is incorrect. I can understand her though. A knife cuts, so what if it's serrated, or not? And that is true. But I am going to go over the various styles of knives, and what they are used for... or rather, what they're supposed to be used for.


Let us start with the kitchen's favourite knife, the Chef knife.

A Chef (or Chef's) knife is the most common knife you find in a kitchen. People sometimes call these things a French Knife (although the shape comes from Germany, not France). A chef's knife is slightly curved, with the handle high enough so you don't smash your knuckles into the cutting board every time you try to chop something.

Most people use these to chop up vegetables into tiny little bits. What you do is place your hand on top of the blunt side of the blade (obviously), somewhere near the middle, and using the curve of the blade, rock your hand backwards and forwards.

A chef always has a good knife, and out of all the other knives in your arsenal, this one is the most important one. All the other knives are gimmicks because you can accomplish a great deal of cooking with just this one blade. So, the next time you go pick out a knife, be sure to splurge a little on this one. Otherwise you'll be finding yourself buying a knife sharpener and constantly sharpening it... or worst, it could break (which my mother has done).

A serrated edged blade is essentially a saw. It was originally designed to saw people's heads off, and since it worked so well on heads, chefs decided to use it on food.

A serrated blade is usually used on things that are hard to cut. This is because the serrated edge is much more effective at slicing things instead of one long cutting edge. The physics behind it are simple. Think of a flat blade like a camels foot. It's long and wide, making it easy for a camel to walk on the desert sands. Now thing of the serated edge as a horse's hoofed foot. If a horse walks on the sands, it usually tends to sink. Not very effective. Similarly, a serrated edge is like that, it has more force on a single point, thereby able to 'tear' the desired material. Serrated blades are not smooth cuts, and it's easy to spot them. 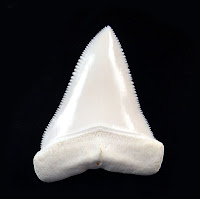 The serrated blade was actually inspired by the shark. Some species of shark have a serrated edge along its teeth in which it uses to easily tear flesh from its prey. The most famous one is perhaps the teeth of the Great White Shark. Suffice to say that if this thing comes at you, coupled with the force of its bite and its momentum, and takes a bite at you... you'll feel it.

Most steak knives and bread knives are serrated, as well as knives for carving turkeys and stuff. In the military, most blades have serrated edges at the base of the knife, while the tip is smooth. That is because when you stab someone, the smooth point of the blade enters the body easier since the point (the tip) of the blade is a single point. The base is serrated so that it makes more damage when you pull the blade out of your enemy. If you recall Rambo's big ass knife, the tip is smooth and the base is serrated. Practically all knives in the military and hunting knives nowadays are like that.

It's always good to have a set of serrated knives if you're a meat eater. Steaks and other meats are far easier to cut with a serrated blade than a smooth one.

There are actually 3 main types of serrated edges. Under each of these edge-types there are different styles and grades.

Ever watched one of those old cartoons of Bugs Bunny, or Popeye, or whatever, they are punished by cutting potatoes up? The knife they are using is a small blade with a large handle to give the user more control over their cuts and there is not enough force exerted on the blade to penetrate the skin (if you're careful, blades are blades, if you're careless you will cut yourself).

Paring knives are also known as carving knives, although a carving knife sometimes to refer to large knives used to cut turkeys and other things (and are usually serrated). A paring knife is what you're supposed to use when you cut fruits, potatoes, amongst other things. If you're not using one in the kitchen, then you can use one to cut wood into pretty carvings.

Although paring knives can be long, most are usually around 4" long (but I've seen some that are as long as a Chef's knife). One of the main differences between a Chef's knife and a paring knife (apart from the size) is the height of the blade. A Chef's knife has a high handle, whereas the paring knife does not.

There are a few types of paring knives. The 'birds-beak' paring knife, where the bladed side is curved downwards, and the 'Santoku' style, which is used to slice open tough sea-food such as squid and octopus. The Santoku-style looks like a meat-cleaver in shape, but on a much smaller scale. All types of blades usually have a Santoku-style type (including the Chef's knife). 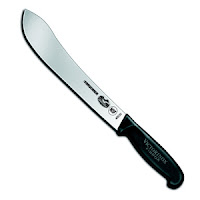 A lot of people always think that the butcher knife and the meat-cleaver are the same thing. They are not. Meat cleavers are used to chop though bone, a butcher knife is to cut up an animal. A butcher knife is usually fairly long, and the end is thicker than the middle. The main cutting edge is the underside of the blade where it does 'inwards', almost opposite to a chef's knife. The blade is shaped like that so that the butcher can used his other hand to push the blade through tough parts of the animal.

Some butcher knives have serrated edges, but if you go to a super-market, they won't. That is because a serrated edge saws the meat, making it look ugly. So to prevent this atrocity, they use smooth-edged butcher knives. The design of the blade actually comes from France.

If you watch the Jason movies, he kills his victims with this kind of blade. Makes sense, doesn't it?

Meat-cleavers are most like axes than knives. They are used to cut things that are just too damned tough for regular blades, and unless you like killing whole animals by yourself, then you probably will never need one of these. Meat-cleavers is a blade that is more of a novelty item now, since most meat is cut up in huge machines. There isn't all that much to say about this knife. It's big, it's heavy, it's obsolete. It also reminds me of those old cartoons for some reason. 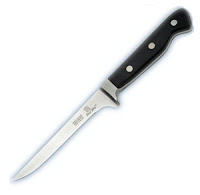 Despite the dirty connotation, the boning knife is usually a very thin blade and very, very sharp. Boning knives are stiff. This is important to remember. I will explain with the next knife why.

Think of the boning knife as the kitchen razor-blade. It is used to carve meat off a bone. When you go to a restarurant and you order 'boneless chicken' dishes, they are usually carved off the bone by one of these knives.

Boning knives are useful to have if you want to make a boneless dish. But since they are so sharp, they tend to get blunt very quickly through repeat use.

A lot of Sushi chefs prize their fillet knives as it is vital in making delicate cuts accurately for presentation. You will always see a fillet knife in a Sushi place. It might be a Santoku styled knife, though, but it is still a fillet knife. 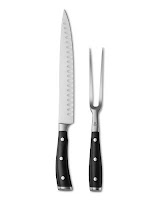 Technically they are two different knives. Technically. They are the same knife used for the same thing though. The only difference is the thickness. The Slicer is thinner while the carving knife is broader. They are used to cut big things up. These knives are usually sold in a set with a trident/fork. It is a well known fact that every family in America has a 'good carving set' of knives for Thanksgiving feasts to slice up the turkey. Most carving knives are long and strong so that they can be used roughly to slice things up.

Some carving knives are serrated, while it is rare for a slicer to be serrated.

In the end, it's great knowing all these things, but as my fiancée cleverly put it, "If you can cut it, so what?"

That really covers kitchen knives. I might write more about Eastern knives. If you have any more questions, please leave a comment below, and I'll be happy to respond.