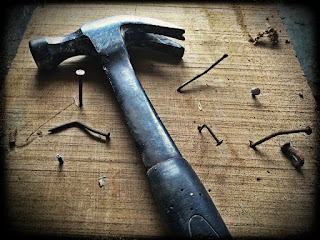 Back in the day, when selection was limited and good furniture was subject to a combination of fluke and chance, Urban Ladder was a nice and decent take on the whole Do It Yourself (DIY)/Ready To Assemble (RTA) market, of which I am familiar.

Not being one to be shy away from building wooden-based structures nor doing the lazy-version of buying furniture from a Ikea and assembling at home, I was hoping to see something akin to the basic levels of good quality that I was used to from back in the UK where I lived.

After moving to India, I had a shock and was extremely disappointed with the way things panned out. After nearly two years I have decided to break the silence and chronicle the entire ordeal in the public sphere for posterity. Admitedly, I have not used Urban Ladder since said event (nor do I plan to).

Damage to the backboard.

This occurred when your carpenters tried to fix the backboard to the wardrobe but forgot or didn't know to screw/fix it properly. As a result, when they lifted it straight up the object fell down and smashed on the floor. This broke the bottom corner of the right side of the wardrobe (if you're looking at it from in front) -- the backboard for the narrow portion of the unit. Not only did they break it, but they lied to my wife and tried to hide their mistake. 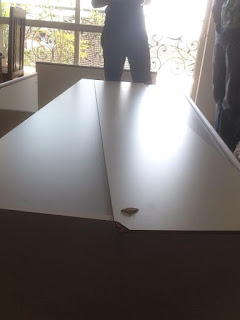 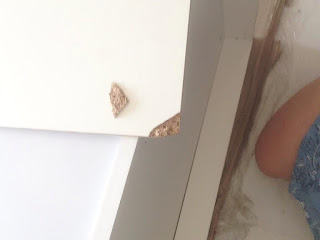 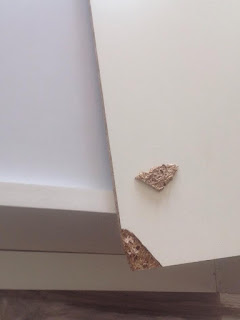 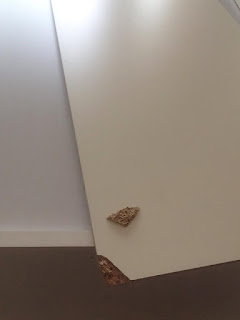 Please view the following images to see the quality: 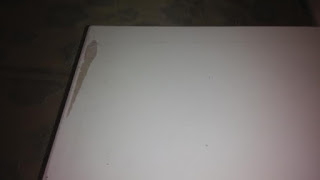 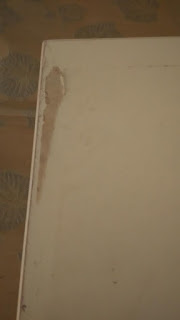 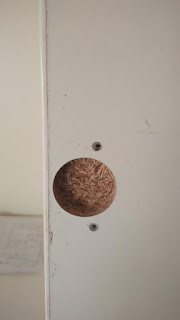 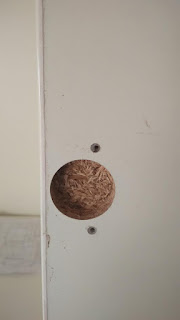 I wish to especially bring a strong complaint against the carpenters themselves. All along they kept insisting that this product was designed the way it was and did not listen to her when she clearly knew better. This shows a lack of proper communication and training. Not only that, they took three times longer than promised to complete the work and only led to them disassembling and reassembling it a number of times, thereby damaging the internal areas where the screws were removed and added again and again.

My primary concern is:
My wife is in her last trimester and this experience has added unnecessary stress. It was supposed to be a simple assembly, but it turned into a nightmare and I am infuriated at the way she was treated and how negative the overall experience has been. We waited four weeks for a high-quality product, and instead got a dirty, substandard 'thing' with a service that was questionable at all fronts.
Email Post
Labels: featured musings